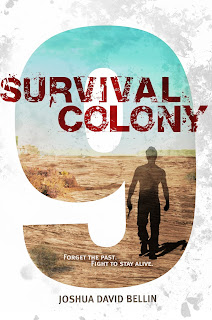 In a future world of dust and ruin, fourteen-year-old Querry Genn struggles to recover the lost memory that might save the human race.

Querry is a member of Survival Colony 9, one of the small, roving groups of people who outlived the wars and environmental catastrophes that destroyed the old world. The commander of Survival Colony 9 is his father, Laman Genn, who runs the camp with an iron will. He has to–because heat, dust, and starvation aren’t the only threats in this ruined world.

There are also the Skaldi.

Monsters with the ability to infect and mimic human hosts, the Skaldi appeared on the planet shortly after the wars of destruction. No one knows where they came from or what they are. But if they’re not stopped, it might mean the end of humanity.

Six months ago, Querry had an encounter with the Skaldi–and now he can’t remember anything that happened before then. If he can recall his past, he might be able to find the key to defeat the Skaldi. If he can’t, he’s their next victim.

Here's what readers are saying about SURVIVAL COLONY 9:

"Simply put, Survival Colony 9 is a masterpiece. It’s smart, beautiful, and heart-wrenching.  Joshua Bellin raises questions about humanity and life, in addition to describing a bleak world of his own."--The Young Folks
"Survival Colony 9 was everything I hoped it would be. Scary, suspenseful and also thought provoking."--Teaching My Baby to Read
"This book was ridiculously fun to read. I’m not sure what that says about me, because it’s actually both bleak (dystopian is an understatement) and scary (the Skaldi are terrifying), but I had the best time with this book."--Kelly Vision 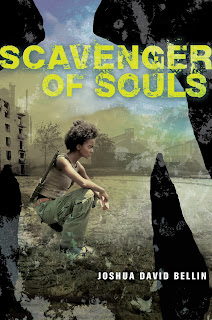 Querry Genn is running out of time. He may have saved his survival colony and defeated a nest of the monstrous Skaldi, but that doesn’t mean he has any more answers to who he is. And Querry’s mother, Aleka, isn’t talking. Instead, she’s taken over the colony and is leading them through a wasteland of unfamiliar territory. But when they reach Aleka’s destination, everything Querry believed about his past is challenged.

In the middle of a burned-out desert, an entire compound of humans has survived with plenty of food and equipment. But the colonists find no welcome there, especially from Mercy, the granddaughter of the compound’s leader. Mercy is as tough a fighter as Querry has ever seen—and a girl as impetuous as he is careful. But the more Querry learns about Mercy and her colony, the more he uncovers the gruesome secrets that haunt Mercy’s past—and his own.

With threats mounting from the Skaldi and the other humans, Querry must grapple with the past and fight to save the future. In the thrilling conclusion to the story that began with Survival Colony 9, Joshua David Bellin narrates a tale of sacrifice, courage against overwhelming odds, and the fateful choices that define us for a lifetime.

Here's what readers are saying about SCAVENGER OF SOULS:

"Improved pacing and heightened suspense make this sequel even better than its predecessor. Bellin has a talent for world-building, and there’s much more life written into this narrative. Questions from the first book have intriguing answers. The addition of dynamic new characters and a less desolate setting will further enhance readers’ experience."--School Library Journal
"Give the duology to teens looking for dystopias featuring terrifying aliens, scientific progress gone awry, and great character development."--Booklist
"If  SURVIVAL COLONY 9 was close to perfection, then SCAVENGER OF SOULS was absolutely terrific."--Bibliobibuli YA 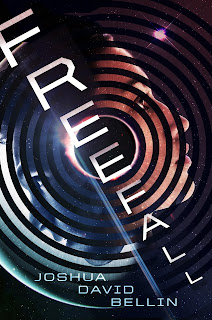 In the Upperworld, the privileged 1% are getting ready to abandon a devastated planet Earth. And Cam can’t wait to leave. After sleeping through a 1,000-year journey, he and his friends will have a pristine new planet to colonize. And no more worries about the Lowerworld and its 99% of rejects.

Then Cam sees a banned video feed of protesters in the Lowerworld who also want a chance at a new life. And he sees a girl with golden eyes who seems to be gazing straight through the feed directly at him. A girl he has to find. Sofie.

When Cam finds Sofie, she opens his eyes to the unfairness of what’s happening in their world, and Cam joins her cause for Lowerworld rights. He also falls hard for Sofie. But Sofie has her own battles to fight, and when it’s time to board the spaceships, Cam is alone.

Waking up 1,000 years in the future, Cam discovers that he and his shipmates are far off-course, trapped on an unknown and hostile planet. Who has sabotaged their ship? And does it have anything to do with Sofie, and the choices—and the enemies—he made in the past?

Here's what readers are saying about FREEFALL:

"This is a suspenseful, powerful, and captivating sci-fi fantasy story that dramatically explores the tension between a privileged 1% and the rest of humanity."--Kids' Book Buzz
"This remarkable book takes us into a world where a small percentage of the world’s population live in comfort and the rest scrabble for survival."--Through the Looking Glass
"This was a dramatic and thrilling story. I thoroughly enjoyed the surprising plot twists and suspense. And great pacing leads to a finale that comes too soon to this impressive, standalone story."--SciFi Chick
"With clear and disturbing parallels to our current political and environmental realities, Freefall uses the darkness of space to do what all good science fiction should: shine a light on what it means to be human."--Guys Lit Wire 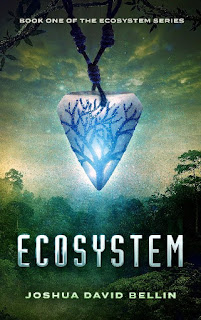 Seventeen-year-old Sarah is a Sensor, gifted with the ability to survive within the sentient Ecosystem that swept away human civilization centuries ago. While the remnants of humankind huddle in small villages of stone, Sarah uses her psychic connection to the Ecosystem to travel freely in the wild in search of food, water, and fuel. Sarah doesn’t fear the Ecosystem—but she hates it for killing her mother when Sarah was a child. When she hunts, she hunts not only for her people’s sustenance but for revenge.

Then Miriam, an apprentice Sensor, is lost in the Ecosystem, and Sarah sets out to rescue her. Joining Sarah is Isaac, a boy who claims to possess knowledge of the Ecosystem that will help their people survive. The harrowing journey to find the missing apprentice takes Sarah and Isaac into the Ecosystem’s deadliest places. And it takes Sarah into the unexplored territory of her own heart, where she discovers feelings that threaten to tear her—and her society—apart.

Here's what readers are saying about ECOSYSTEM:

“Joshua David Bellin proves once again that he’s the master of SciFi survival stories that explore the devastating consequences of environmental destruction. If you’ve ever walked in the woods and felt that the trees were listening, this book is for you!” — Jennifer Bardsley, author of GENESIS GIRL
“This page turner will give you a new respect for the forces of the natural world. I’ll never look at plants or animals the same way again. A five star tour-de-force. Can’t wait for a sequel.” — Darlene Beck-Jacobson, author of WHEELS OF CHANGE
"If you’re a fan of survivalist and post-apocalyptic literature then I would definitely, and not so subtly, tell you to read ECOSYSTEM."--YA Bookers 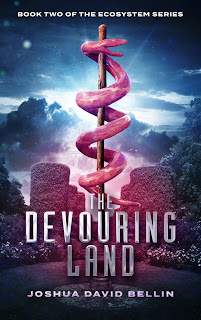 On the day of Miriam and Isaac’s wedding, Sarah’s village is overrun by monstrous creatures from the Ecosystem. With the community’s leaders dead and few Sensors remaining, Sarah shepherds the survivors into the deadly forest surrounding the village. Her own Sense badly damaged in an earlier attack, she must fight through a host of new threats in hopes of discovering the place where her mother was born, rumored to be home to a community of healers.

When another attack decimates her band, the survivors are rescued by a group of people under the leadership of a man named Gabriel. Taking Sarah and the remnants of her village to a sheltered city ruled by healer-women known as queens, Gabriel instructs Sarah in the Ecosystem’s origins and teaches her a new way of coexisting with its creatures. But the City of the Queens is haunted by a dark secret from the past, and Sarah will have to learn the truth of her lineage in order to save the people she loves and protect the world she knows.

Here's what readers are saying about THE DEVOURING LAND:

"It’s very rare I find a post-apocalyptic world that is so refreshing, intriguing, well-built and full of surprises, and if anyone loves immersive settings, this series should definitely be on your radar."--YA Bookers 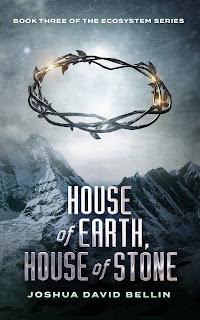 The dark queen has attacked the City of the Queens. Commanding an army of creatures from legend and nightmare, she appears unstoppable. Sarah is forced to flee into the treacherous mountains north of the city, where she seeks to discover word of the missing queen, Celestina. Only with their combined strength, Sarah believes, is there any hope of contesting the dark queen's might.

But to wage the final battle against the dark queen, Sarah will have to overcome an ancient curse that threatens not only the survival of the city but the existence of the Ecosystem itself. And she will have to decide whether to save Isaac, the boy she loves, at the cost of losing everything else she holds dear.

Here's what readers are saying about HOUSE OF EARTH, HOUSE OF STONE:

"If you’re a fan of post-apocalyptic and fantasy literature with a fierce protagonist, I do think this is a trilogy you should check out. It’s such a gem and one that will stay with me for a long time."--Lauren, from YA Bookers
"An entertaining page-turner for science fiction fans of all ages."--Darlene, a Goodreads reader 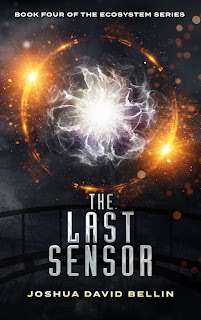 Fifteen years ago, war nearly destroyed the City of the Queens. In the time since, Queen Rebecca’s reign has been marked by reconciliation between the Ecosystem and its people. With the aid of Chief Sensor Miriam and her husband Isaac, an era of peace and prosperity seems to have been assured at last.

But then a new and unparalleled threat arises: the Ecosystem is dying, and Rebecca is powerless to restore it. Joining the Queen’s guard in the search for a cure to this mysterious malady is teenage apprentice Hadassah, daughter of Miriam and Isaac. For her, the quest is deeply personal: she seeks word of her friend and guardian Sarah, the former queen of the city who has been missing for years. Hadassah’s journey will take her to the ends of the earth, to a place of legendary wonder, beauty, and danger. And it will require her to tap a source of power even the queens have never imagined if she is to save her family and heal her world.


THE LAST SENSOR IS NOW AVAILABLE FOR PRE-ORDER FROM AMAZON AND OTHER ONLINE BOOKSELLERS!

Welcome to the website of author Joshua David Bellin! I've been writing novels since I was eight years old (though the firs... 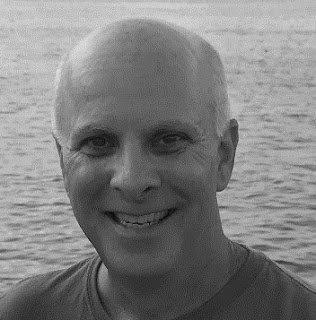